The 2020 Billboard Latin Music Awards is finally here! The much anticipated event that brings together today’s hottest Latin Stars, and celebrates Latin Music. Artists like Ozuna, Daddy Yankee have been confirmed to attend or perform at the awards ceremony at the BBT Center Wednesday October 21 at 8PM via Telemundo.  This year the show will be a virtual experience with live performances by several big name artists including  just confirmed Artist, Jay Wheeler. Yes, Jay Wheeler, most famously recognized for this hit song “La Curiosidad” will perform at the 2020 Billboard Latin Music Awards. In an  interview to Telemundo, Jay Wheeler, “La Voz Favorita” said we can expect an amazing performance; him an another artists, which sparked the fans curiosity. He Also said, the the he is working very hard to present an epic remix to “La Curiosidad”, one of this most successful songs to date.

Keep an eye out for Jay Wheeler at Billboard Latin Music Awards. 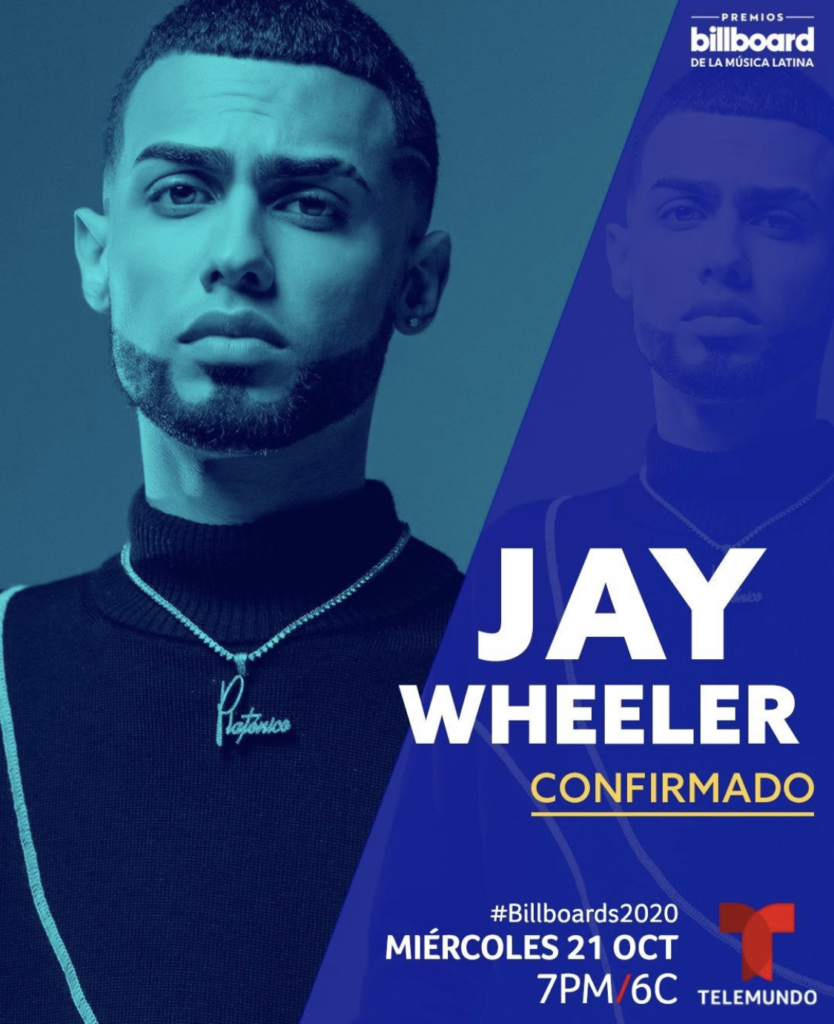