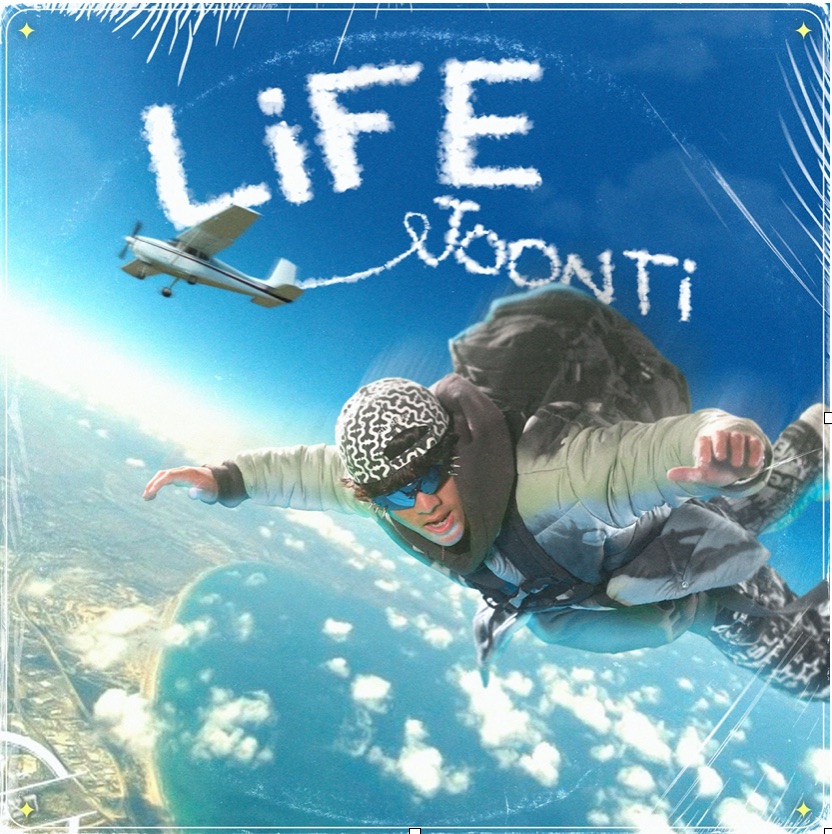 “Life” is Joonti’s 4th single, following “Kendall,” “Sentencia,” and “Kendall Remix,” and his first single with AP Global. The song is all about celebrating life, and enjoying the little things and experiences while making every moment worthwhile because in the end that’s what we take with us rather than the material things.

“I wanted to write a song that represented my essence, and that’s what ‘Life’ is. It’s about living your life to the fullest and savoring every moment because you don’t know where you’re going to end up tomorrow. In the end, what you end up taking with you is the memories and how you felt at a particular moment, not your earthly possessions. I hope everyone who listens to this song feels this way too, and chooses to not take anything for granted,” Joonti said.

The music video, directed by Webster Torres and co-directed by Ricky Recap, was shot in Puerto Rico and features scenes of Joonti snowboarding, skydiving, and jet skiing, making the most out of every second. He’s also seen at a house party having fun with his friends and relishing that time with his close ones.

“Shooting the music video was very fun. I like extreme sports so being able to combine that with my music was a dream come true. I also think the video goes along with the message of the song which is to live your life to the fullest no matter what.” Joonti added.

Jonathan Andrés Pagán Vélez, better known as “Joonti”, is a singer-songwriter born on June 21, 2002 in Caguas, Puerto Rico. From a young age, Joonti had a great interest in music, and driven by this interest, his parents enrolled him in competitions like La Voz Kids when he was just 11 years old. However, it was not until 2019 that Joonti became interested in pursuing music as a profession and began uploading freestyles on Instagram, producing thousands of visits. With his music, Joonti seeks to differentiate himself from other artists by interpreting his songs in a new and unique way.