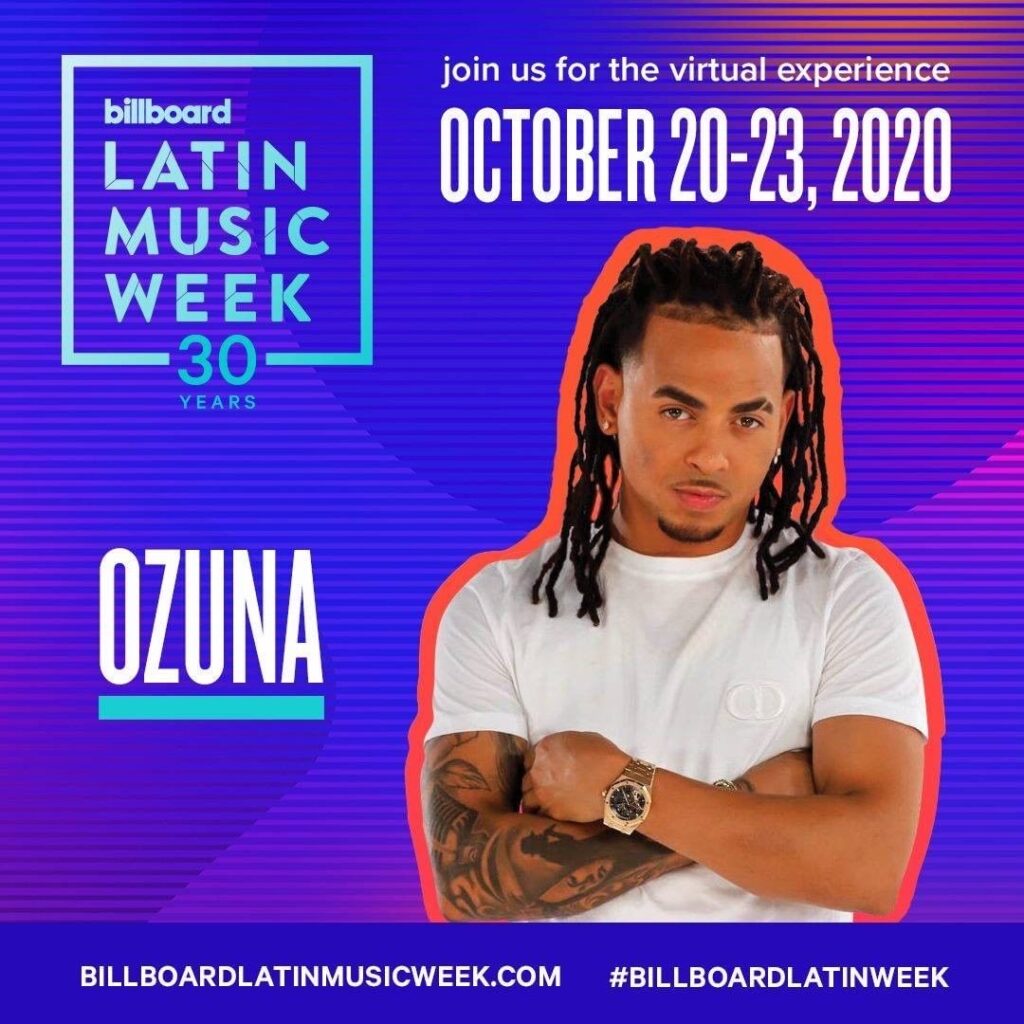 Billboard just announced the dates for its prestigious conference Latin Music Week 2020. Celebrating  its 30 year anniversary, the dates are set for October 20 – 23, and Latin Music’s biggest stars have joined for its first ever virtual experience.

Superstar Ozuna is confirmed, it is not clear if he will perform, or speak, but in previous conferences, Ozuna has always pleased his fans with his presence. There’s a lot of hype for Ozuna, as he recently released two hot singles, “CARAMELO” and song dedicated to his daughter Sofi, “Mi Niña”, and teased a new album titled “ENOC” (El Negrito Ojos Claros), no date for that released has been announced. In addition, J Balvin, Black Eyed Peas, Maluma and more have also been confirmed for this thrilling event.

This year’s Latin Music Week will be a virtual experience, it was originally set to take place April 20-23 in Las Vegas, but was postponed due to COVID-19.  Save the date, and enjoy the festivities right from home.