Casals, 46, helped push Ozuna into new markets in the United States over the past year and promoted the singer’s Aura tour. It grossed $14.5 million over 17 shows. “We work hard at bringing our music to new places,” says Casals, “to break that barrier of languages and different mentalities or races.” 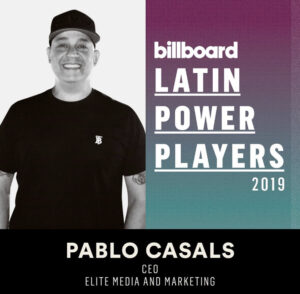