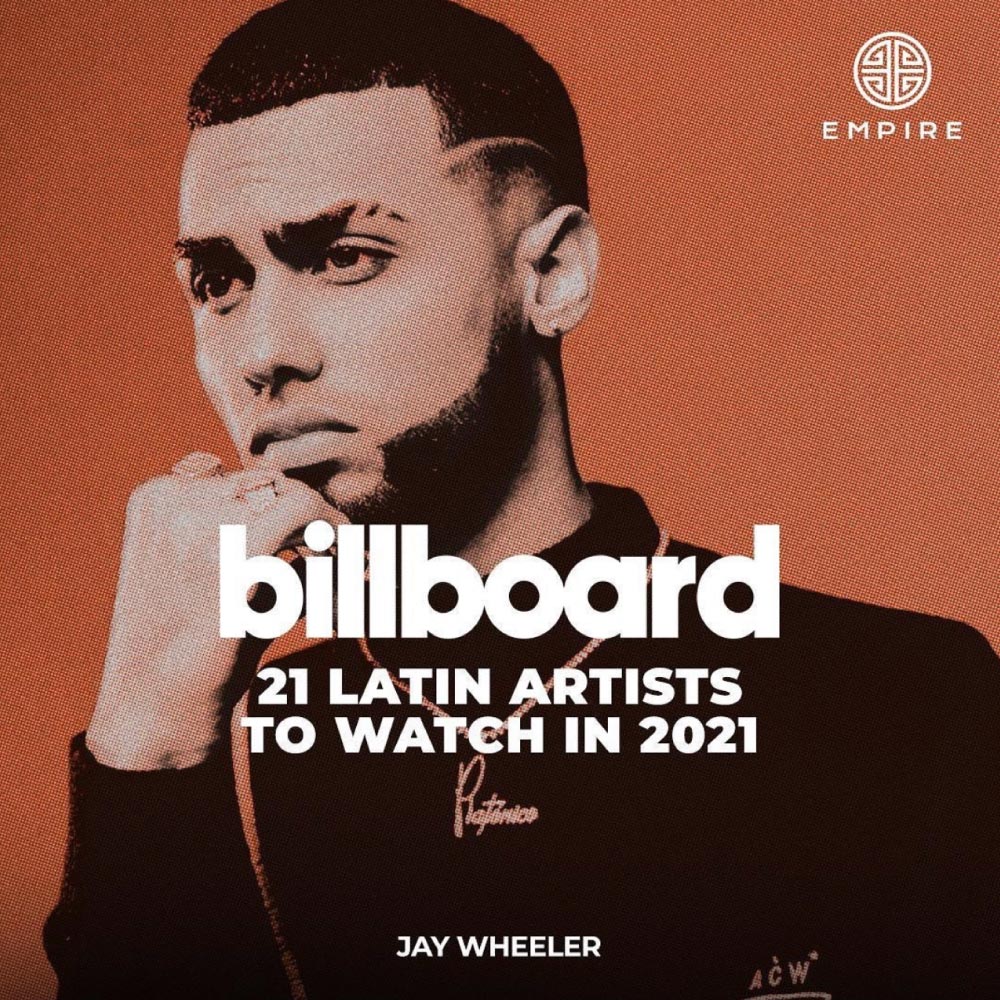 Adding to the list of his incredible musical achievements, artist Jay Wheeler has been featured on Billboard’s – Latin Artists to Watch in 2021. Forming part of a new generation of artists with triumphs like his breakthrough 2020 song “La Curiosidad”, Jay Wheeler’s grand achievements with Billboard range from landing on top music charts like Latin Airplay, Billboard Global 200 and even charting at No. 5 on Hot Latin Songs. It is without a doubt that “La Voz Favorita” is considered the new romantic voice in reggaeton and continues to excel announcing the future release of an all English album this year.